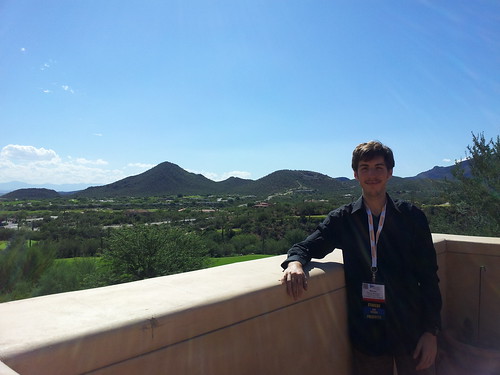 And here I am in Tucson! After sleeping the jet lag through (one night’s sleep and I was fine! 🙂 ), we had a very busy day at the OSA Student Leadership Conference, with plenty of inspiring talks and good speakers. Plus, it was quite refreshing to see what kind of activities other student chapters across the world are doing, and eventually – ahem – take some of those ideas back to our own Student Chapter!

Pretty productive day, and met a lot of interesting people so far. And now… let the actual conference begin! 🙂 (and I’m now going to bed, as I still want to cram an early morning run before things start getting busy…)

Some more photos of the glorious sunshine (which turned into rain in the evening, British-weather-style) are available on my Flickr album. 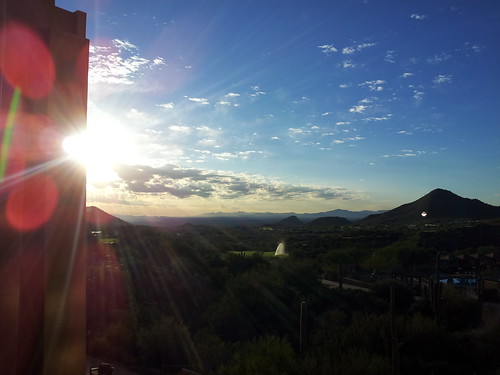 So yeah, I’m back to Canterbury after a much-needed holiday. Too be absolutely honest, it wasn’t much of a relaxing holiday (with teaching, half-marathons and stuff), but then again it was enough for me to wind down a bit in terms of my lab work (in essence I had a holiday from the lab!).
And now I’m back to “normality” – after more than two years in Canterbury (and over a year and a bit in my current place) I feel I’m already getting slightly rooted to this place, and being in Porto feels foreign, almost as if I’m just visiting from a tourist point of view!

Even though I have just arrived a couple of weeks ago, soon I’ll be off again – I managed to be able to attend a big international conference which is not in Porto (because I’ve done two of those already…). This time I’m off to Tucson, Arizona for Frontiers in Optics/Laser Science 2014, where I’ll be presenting some of the work published earlier in the year (and depending on the outcome of the post-deadline abstract we submitted earlier this week, perhaps even a bit more! But I’m not holding my hopes too high…).

It feels really exciting, as I’ve never been in the States before (actually I’ve never travelled outside Europe!), and this conference in particular seems to have people from virtually all over the world (I’ve been in touch with a few other participating students in order to arrange cheaper accommodation and they do come from basically everywhere, ranging from the United States themselves to the Far East!). And, unlike the two other international conferences I’ve participated so far (EWOFS back in 2010 and RIAO/OPTILAS last year) this time I’m actually giving a talk! Even though I’m quite accustomed to public speaking this is quite a daunting task, especially since there might be some top “celebrities” in our area of research in the room.

So yeah, it will be fun. And after the conference I’ll head to the Grand Canyon for a couple of days – very looking forward for the drive, even though it will be quite a long one (380 miles just from Tucson to Page, by the Glen Canyon Dam). Better get some appropriate soundtrack for it!
And on the meantime I’ve just been busying myself with more lab work (some exciting things and collaborations seem to be happening, with a lot of potential research avenues to explore! Although I will need to start forging a concise path soon, as I only have 1 year of PhD left…), teaching (can you believe that the undergrads are back already?? Soon there will be tonnes of marking as well… 🙁 ) and lots of rowing and running (the weather has been relatively kind to me, even though it got significantly colder over the previous weekend!). And I have to prepare Sao Silvestre – it is already in December and my goal for this year (which seems a bit too overly-ambitious) is to go under 40 minutes… (at least I need have a better time than my 43 minutes and something from last year!)