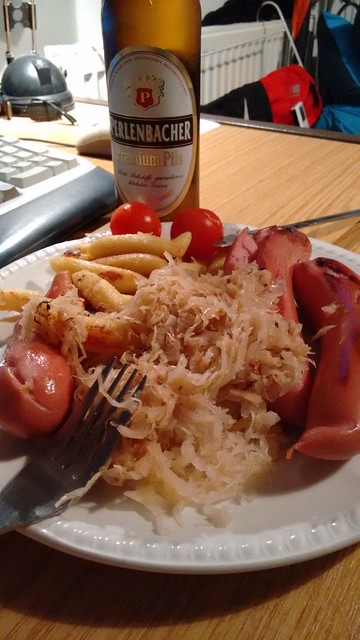 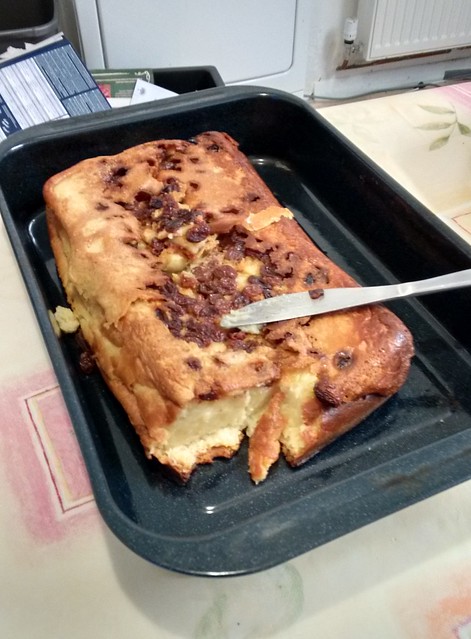 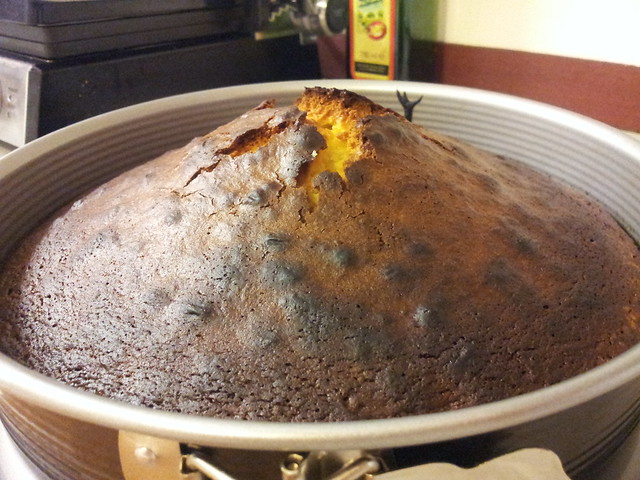 I got a new baking mould the other day – quite handy as it is perfectly circular (hence easier to clean than my other one which has a column in the middle). The cake grew in an interesting shape, though! 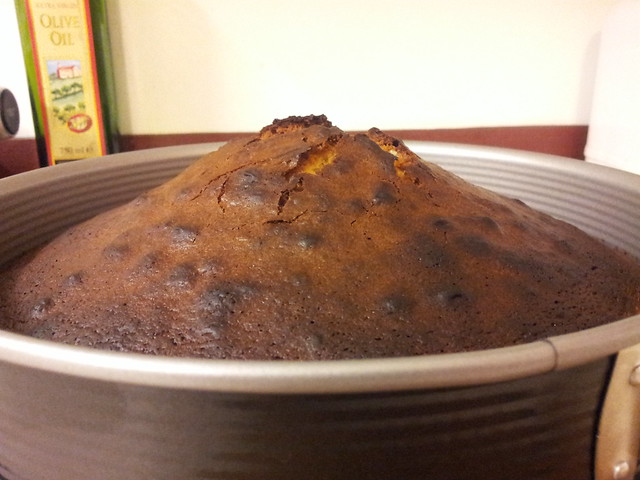 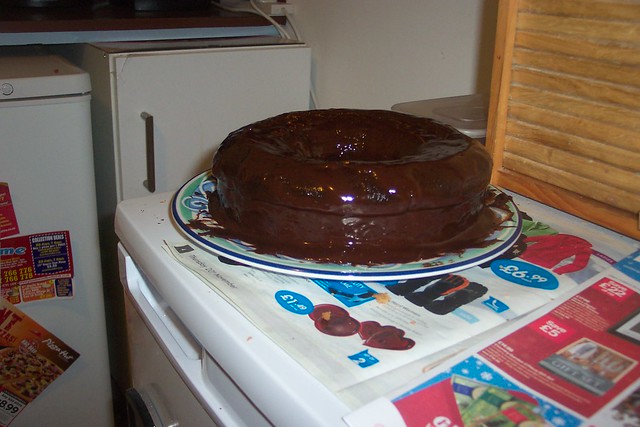